From Friday 2ndto Sunday 4thSeptember, the International Naturist Federation celebrated the 41st edition of its Pétanque tournament at the awarded naturist Camping park Sonnensee(among the 100 best campsites in Europe in 2020 according to the guest reviews on camping.info), containing a big, wonderful lake near Hannover.

We were around 120 people among whom 50 pairs formed the competition: even though 40% of the players were Germans from the DFK, members of the NFN (the Netherlands), BN (United Kingdom), FFN (France),FBN (Belgium), FEN (Spain), INA (Ireland), SNU-UNS (Switzerland), and ÖNV (Austria without players, but as presidency of the INF) were present. Each pair played 8 times. The exchange of small gifts between the competitors every match added more joy to the tournament.

And the NFN as well as the DFK displayed an outstanding level: three top teams received the prize of a big towel; the last place (50th), the consolation prizes (very elegant Sonnensee T-shirts), were given to Ismael and me; a jar of honey was also offered to every participant.

The organisation provided us with rich and varied food.

Special thanks to the organisers: Andrea, Pétanque Officer of the DFK; Jan, Chairman of the BffL Hannover; and Ralf, in the picture with the microphone, among others, for having looked after us very nicely from the preparation stage until the end and more. 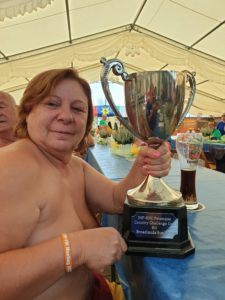 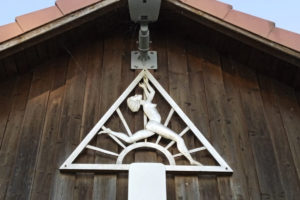