Hyperrealism at the Maillol Museum in Paris

Home/Uncategorized/Hyperrealism at the Maillol Museum in Paris
Previous Next

Hyperrealism at the Maillol Museum in Paris

The Paris Naturist Association (ANP), already well-known as the driving force behind the creation of the naturist park of ​​Paris in 2017 and the naturist museum visits of the Palais de Tokyo in 2018 and the Cinémathèque in 2020, collaborated with Tempora (cultural eventcompany) on three naturist evenings at the Maillol Museum in Paris, for the exhibition “Hyperrealism. This is not a body.” More than 700 people attended these sessions in November 2022, which began with a press visit, joined by members of the national board of the French Federation of Naturism, and a certain number of journalists who decided to play the game by putting themselves in the real skin of a naturist. Following this success, the museum invited the ANP back for three extra sessions on January 19th, with over 260 visitors.

Like at previous events of this kind in Paris, there was perfect gender parity, with a huge number of young people under the age of 30. Moreover, for nearly half of the participants, it was their first naturist experience. It’s very chic, very Parisian, to be able to say that one’s initiation into the naturist world was at a museum visit!

The reaction of these neo-naturists was interesting. Arriving for their slot, very few dared to look at the president and vice-president of the ANP, naked as we greeted visitors and directed them to the changing rooms. On their return, naked, they had already had time to get used to it a little and at the end of their visit they said they were disappointed to have to get dressed and rejoin the “real” world.

The feedback of the exhibition was quite unanimous, with a large part of visitors telling me how much they appreciated the “normal” pieces, those showing the human body with all its natural attributes, and the look of age and experience visible on certain faces.

From the day after the first evening, many of these neo-naturists contacted the ANP to thank us for the organisation and to ask for more information about our activities. The opening of the naturist park and the visit to the Palais de Tokyo allowed us to increase the number of club members and we hope to relive this thanks to the success of this new event. 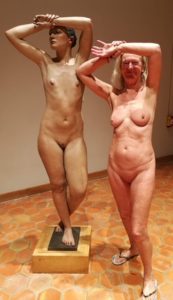 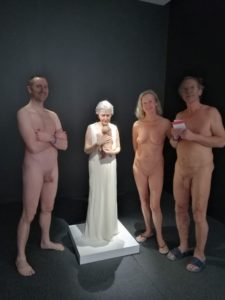 How Naturists Can Fight Breast Cancer

How Naturists Can Fight Breast Cancer

Do we easily give up the naturist offer in Istria?

Do we easily give up the naturist offer in Istria?